It's about time I wrote down what I thought of the new Spiderman film. And well, it didn't reach my high expectations really. Why is that? I have a hard time describing it, but I'll try anyway.

First of all it must be said that I did like most of the actors in the film. Andrew Garfield played a believable Spiderman although he was a tad too touchy-feely for my taste. Emma stone on the other hand really surprised me in her role al Spiderman's girlfriend. I had never seen any of her work, or maybe I did but I can't remember. She seems to be quite a good actress and I think she is really pretty.

But the best was definitely Martin Sheen playing the role of uncle Ben. He really brought uncle Ben to life with his honest, innocent yet firm way of acting. To bad he wasn't in the film all that much since (spoiler alert!) he dies early on.

The bond between Peter Parker and his only remaining guardian, aunt May could have been better I think. As I remembered, from the few comics I read, the previous films and the tv series, she meant everything to him. Here it seemed more like he meant everything for her, but he didn't care all that much.

I wasn't quite sure what to think about yet another Spiderman origins story. You'd think, how different can it be?
Apparently it can be something totally different. It makes you start to wonder how the story of the amazing Spiderman, as told in the comic, really goes.


I enjoyed it that there was quite a lot of focus on the relationship between Peter and Gwen Stacy. Things like this usually get forgotten in super hero films, but this time, they really got into it. The natural flow of it was really appealing. Peter has had a crush on her for quite some time, but she never looks at him twice. But then their paths do cross again and they start to fall for each other.

In a way, it was nice they started all over again. Seeing how Peter Parker got bitten, going through all the rough patches to eventually becoming the hero of the day. But to be honest, during the film I thought several times: "How long is this film?" Not that it was boring, but the balance of the everyday life stuff comparing to the action seemed off. It took ages before Spiderman climbed a wall or swung from one building to another.


Overall it was a nice film to see, but I had expected more. Is this one that much better than the very first Spiderman film? Maybe I should see that one again just to be sure.

Tonight, I'm going to the cinema to watch the new Spider man movie. I've heard it's amazing so my expectations are pretty high now. Although I've never really been a fan of Spiderman, I did like the films that I've seen up until now. But this one is supposed to be a lot better. New and improved spider man, I hope you amaze me! 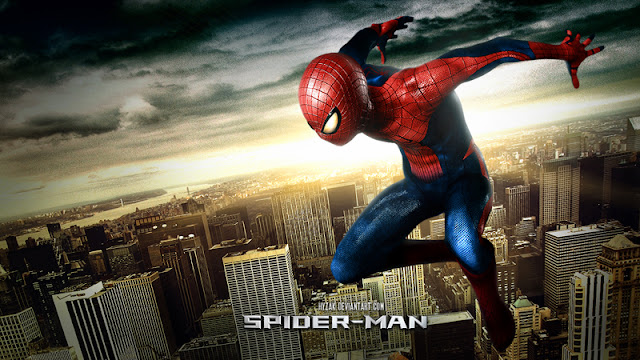 I love shoes! I really do love shoes, but not in the slightest do I like espadrilles. First of all I don't like the look and feel of their soles. The jute cord like sole is really rough and I always think it can scratch open your skin entirely. Also the sole always makes the shoe look cheap and worn down.
Whether they are flats or disguised as wedges, they just don't do it for me.

Even though they are said to be the new summer must-have (yes, even Chanel has it's own pair!) I think I might sit this one out. 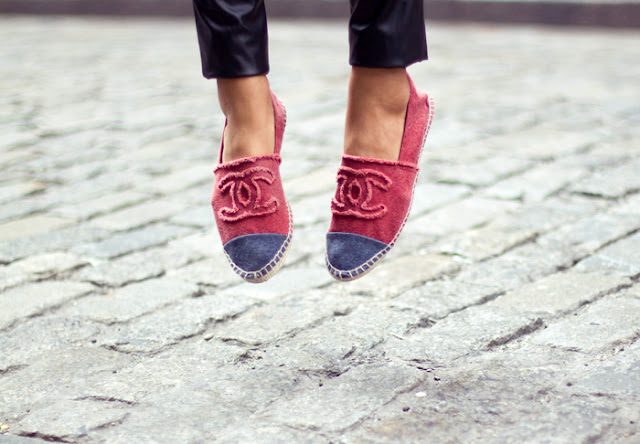 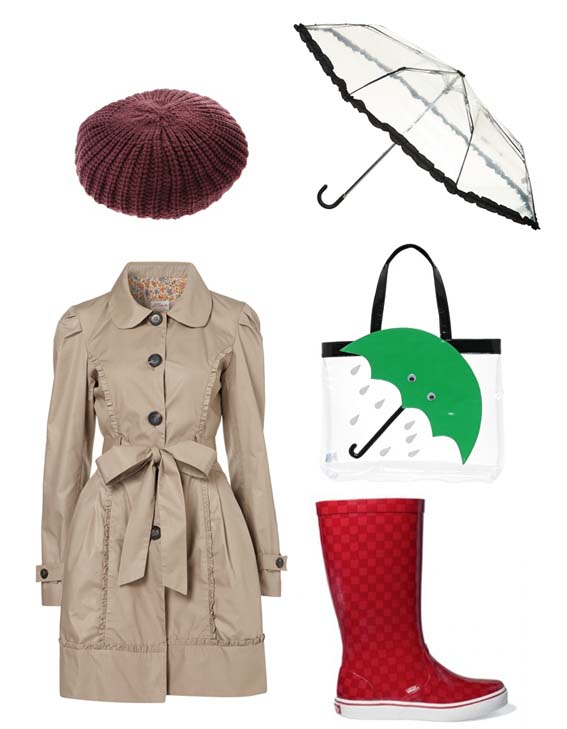 Last weekend I watched the overall hyped Inception, a film by Christopher Nolan with Leonardo Di Caprio, Ellen Page and Joseph Gorden-Levitt playing the leading roles. Since every opinion I had heard about it was raving, it was about time to see it for myself.

This gist of the film is that there are people who can get information out of you by entering your dreams. In this dream state they get in contact with your subconscious, making it reveal all your secrets. But in the film, this is not enough anymore and they have to go even further by placing an idea in someone's head, which is called inception. To do this, they have to create dreams within dreams, which makes it more difficult to get out alive.
The film starts off at a racing speed, making it hard to know what is going on and to get to know the characters. But as soon as you know who's who, everything starts to fall into place. The main characters are the 'bad guys', but you still have an emotional connection to them, hoping they will succeed in planting an idea in someone's head, changing that persons whole existance and making it out alive.

I must say Leonardo DiCaprio really surprised me. I've never really been a fan of his, but in this film he was really good and to be honest he looked quite handsome as well. Ellen page still needs to convince me in some way. her performance was okay, but not exceptional. I hope to see her in more challenging roles. But then there's Joseph Gorden-Levitt. I haven't seen him act in many films before, apart from 500 days of summer, a film I really liked. He always seems to have a childlike innocence over him yet in this role, he was also very composed and manly. He played his role very convincingly.

To me, the idea of people stealing your secrets in your dream let alone placing an idea in your head while you are asleep, is interesting yet scary at the same time. It is very cunning, trying to take advantage of people in such a fragile state to encover all their deepest and darkest secrets. But films like this always make me wonder whether one day, it would be possible in real life. Or maybe today already?

Hi and welcome to my blog!

My name is Karen. I love all things red, pizza, sour candy, green apples and desserts. In my spare time I like to read and bake. My other interests are fashion, economics and China.


I’ve lived in Belgium my whole life and to be honest, I quite like it here. Apart from the confusing political situation and the rainy weather, it’s a very nice country. I live in Flanders, which means my mother tongue is Dutch.


Currently I’m a temp at VF Europe and dream of one day becoming a journalist. Millikarnilli will serve as a space for my writings because even though companies want experienced employees (and not recently graduated youngsters like mysef) I want to write.
_karen

-Karen
My name is Karen. I love all things red, pizza, sour candy, green apples and desserts. In my spare time I like to read and bake. My other interests are fashion, economics and China. For questions or other things e-mail me at karenvdmoortel@gmail.com